To relive the greatness and legacy of all the values that SDARians batch 95’9 has to offer, one must always look back to the fateful date of December 5th, 1994. It was not only the first Monday of the month of December or Budu’s 12th birthday, but more importantly it was the first day of a fresh beginning for more than 100 souls eagerly awaiting a brighter future lying ahead of them in the Sikamat Valley. It was registration day, the welcoming of all Form One’s to a school full of pride and honor – Sekolah Dato’ Abdul Razak (SDAR).

The first step has already been taken, and these virgin souls are then led to two weeks of the most defining social education they will ever receive in their lives – Orientation. While dreaded and feared by many, the two weeks of Orientation has taught these young boys the harsh reality of life that was waiting for them within the 17-acres enclosure of the school’s campus. Each day diligently and slowly passed with a strict regime of discipline enforced by the seniors. Discipline and respect was quickly recognized to be the most valuable tools of survival in this institution, was soon picked up by all.

As first year boys, a lot of learning took place not only within the academic settings, but also in understanding school values. Values like putting emphasis on brotherhood bonding above anything else were slowly but continuously inculcated without fail by the seniors and at times, by any one of us. However, childish immaturity got the best of us, occasionally interrupting the harmony of friends with fights and quarrels.

During this year, we were also introduced to elements of school pride like cheer and fight songs. Although we dreaded having to sit in the back unable to see the game in progress, we were the ones who had to cheer the loudest. Songs like “We are Proud to Belong” and “Den Hero Kampong Senogori” were constantly practiced until we knew them by heart. Wearing the yellow and black cheer uniforms, we sang our hearts out at every school game; be it because of fear of our seniors’ punishment should we sang frailly, or because of the overwhelming pride we began to explore.

It was a tough year for all of us, although the majority took it was a challenge and braved their way through it, there were a few who did not and left. Those who stayed went on to endure more difficult and trying times. More shocking events occurred and will always be remembered, for instance when a city boy became a braggart and was ostracized until the day he begged for forgiveness at the dining hall and also when the same boy with two others were caught smoking; an event which was a rarity among most Form One students in the history of the school. Gosh, didn’t that boy learn a lot.

For most of us, this year also marked our introduction to the game of rugby, a game we all loved playing first time. We had an inter-class competition which was won by 1 Ungku Omar, or whose team defied traditional champions 1 Zaaba. An All-Star team was then selected as a solid framework of a team that would continue SDAR’s legendary achievements in the Malaysian rugby scene. Little that we know, from this inter-class to the All-Star teams, many great players were born to bring pride and honor not only to SDAR, but also the state of Negri Sembilan and our country Malaysia.

Block C, our beloved residence for the year, was never silent from our laughter of joy or tears of sadness. Nor was it quiet from the jokes and teasing we played on each other. Nor was it quiet from the barking of our seniors who worked so hard to ensure we would all grow into a unique batch of SDARians ever to be bred in the history of school. As we welcomed the beatings and brutal punishments for our silly mistakes like playing in the “Musalla” – disrespecting the holy place of Muslim worship and prayers, we learned to treat all that came as educational experience. Not only to help us cope with the 5 years we would be spending in the school, but also in whatever future endeavors we will undertake.

1995, the year when all of us officially became SDARians was indeed a memorable year that will never be forgotten. From the values of friendship we gained to the exquisite lingo we soon got our tongue so accustomed to, it was indeed a memorable and special year for all of us. Although most of us are still slowly to place ourselves fittingly in the school’s overall population, we learned values vital for our own survival in a school where many traditions like seniority and school pride are held on proudly from generation to generation: Respect and Tolerance.

Try your very best, forget the rest, until you achieve the very best of your own self
~ faizal abdul rasid ~ 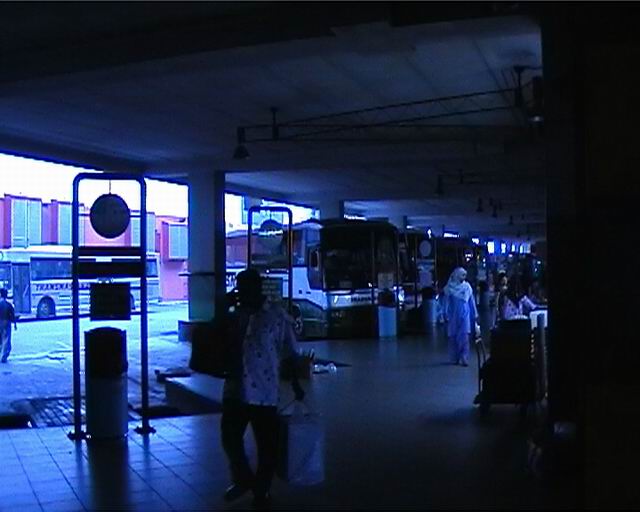